While being in Flagstaff I had the idea to hike up to Humphrey’s Peak, the highest point in Arizona with an elevation of 3,852 m (12,637 ft). I’m always up for a challenge and doing this hike sounds interesting as it is rated as a “hard” hike and has a total length of  15.4 km (9.56 miles) for the ascending and descending. The total time of the hike up was 2 hours and 38 minutes without stops on an ascend of 926 m on a 7.7 km (4.28 miles) partly icy and snowy trail. Unfortunately, I didn’t have the time for the hike down.

These are the blank facts, the data, but it is just that. It doesn’t take into account the experience, the feelings, and the effort of anything. And in order to do this posts/articles/blogs like these are for, to tell the story of such a hike.

Phil, a friend of mine and my host for this trip, and I went up early to be on the trail in time. We stopped at “Late for the train” for a quick coffee (I can highly recommend the Dave’s Rockrammer – a triple shot pulled short with raw sugar with almond milk) and were at the trailhead at around 8am, which was the perfect time in hindsight. We got our daypacks with 3 liters of water, some light food (protein bars, nuts, and sandwiches), and important microspikes for the shoes and made our way up. The trail started with a walking over the end of a skitrack on which snow cannons already started their duty.  (In my humble opinion, this is a huge waste of natural resources and environmental unjustifiable, especially when the temperatures are above freezing)

Immediately after the skitrack the trail leads us into the woods and from here on we were constantly moving upwards not to steep, which made it a comfortable and long hike. After roughly one and a half hours we had to do a small break and I had the best loo view of my life 😂.  After 15 minutes of further hiking we reached the first ice patches and we had to put on the microspikes. I tried to move over them without it but I fell two times on my butt and finally gave up. I just can say microspikes make such a huge difference and after putting them on walking on these slippery and icy patches was like walking in the park. A personal note please put them off as soon as those slippery patches are over. These spikes will do some damage to the ground or on any roots, you step on, so please be mindful.

Roughly 20 minutes later we reached the end of the forest and we were on the almost on the top. The sun was shining and it was such a warm day even if we were surrounded by snow, it was such a beautiful day and we couldn’t have asked for better weather conditions. From this point on we used the microspikes again and started the final ascent to the top. The view from here on was just mesmerizing and I had to stop every couple of meters to soak everything in and to take pictures. A week later and I’m still in awe when I think about it and look at these pictures. At the top, we meet a couple and had a long chat with them. Phil had the great idea to put our names into the summit register, which we did after we got it out under the snow.

It’s now official I have summited my first peak, the highest peak in Arizona, which is amazing and I have to say, that I would like to do more, which I probably will.

Another awesome experience and totally different to what my trip through Washington and special in its own way. With that being said I’m off to my next adventures. 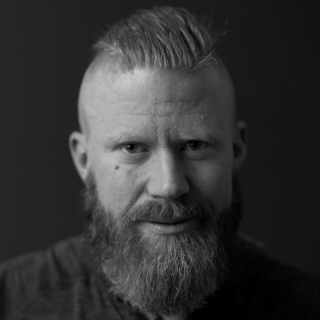