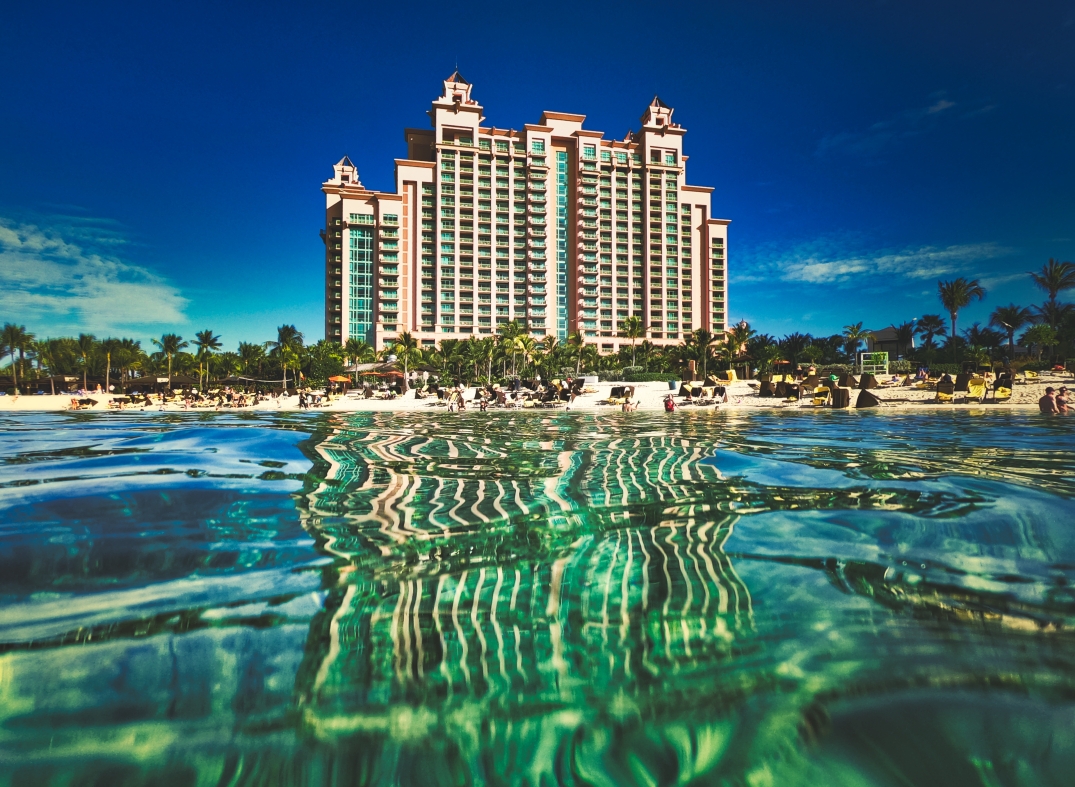 Four weeks before this trip a friend of mine called me and asked if I would like to come to the Bahamas for his birthday. That was obviously a rhetorical question and of course, I said yes. A lot on this trip was a surprise for me as he didn’t want to tell me much upfront. Only that I should bring an ugly Christmas Sweater, which in the end I didn’t use. So I packed a couple of things, a shirt, T-Shirts, and some shorts plus a jeans.

I flew from Dallas to Miami to meet my friend, Marco, and then we took the next flight to Nassau. The flight from Miami to Nassau is quite short and a little over 30 minutes and the view out of the plane was amazing and I could see the almost crystal clear water below the plane.

To my surprise, we were picked up at the airport and driven to the hotel Atlantis on Paradise Island. The Atlantis is a big resort like hotel and we stayed at the Cove tower, which was pretty cool. As it had its own beach area which wasn’t that crowded.

The hotel Atlantis is pretty big and had a lot of aquariums and I was able to see all kind of fish including sharks, mantas and of course clownfish. In addition, they have a big waterpark with waterslides, which was a lot of fun. Actually, you stay the whole time in the hotel without seeing much of Nassau or the rest of the island because everything is there from a casino to all kinds of restaurants, bars, and two clubs. Marco was invited to play at a Team Slot Tournament in the hotel and some commitments due to that we or better I, unfortunately, couldn’t explore the island and Nassau as much as I would have liked. It was nevertheless a great and relaxing weekend and instead of writing much about it I’ll let the below pictures do this job this time for me.

Again another special experience and totally different to the trips before, but I have to say that I enjoy my nature trips a little more as I like to be out in nature and resort style trips are not really my thing. With that being said I’m off to my next adventures.